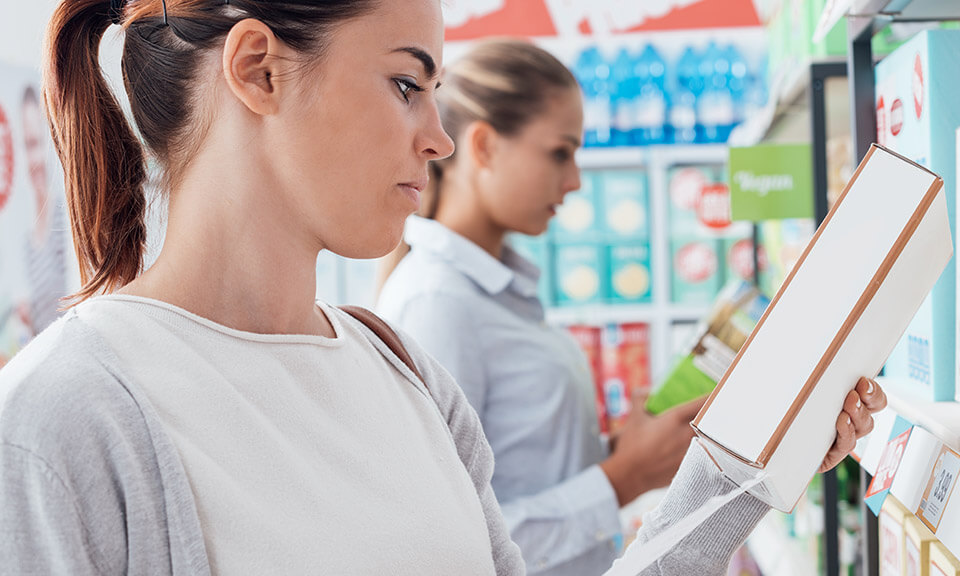 With more and more artificial products filling the shelves each day, it seems almost too easy to pop a pill or use any brand – no questions asked. But as the years go on, an overwhelming natural health trend is surfacing and people are asking questions. Previously no one would second guess the paracetamol medication they used for their headaches or even read the ingredients on their shampoo bottle. This has changed. With the world heading towards a more natural approach to health and wellness, plant-based supplements and organic products free of potentially harmful additives are fast becoming more commonplace (click here for more info).  From skin care to everyday medication, and everything in between – the products we use are jam-packed with preservatives, colorants and other chemical ingredients that are in essence bad for you.

Let’s take a look at different additives you should avoid and why they could be harmful to your health. 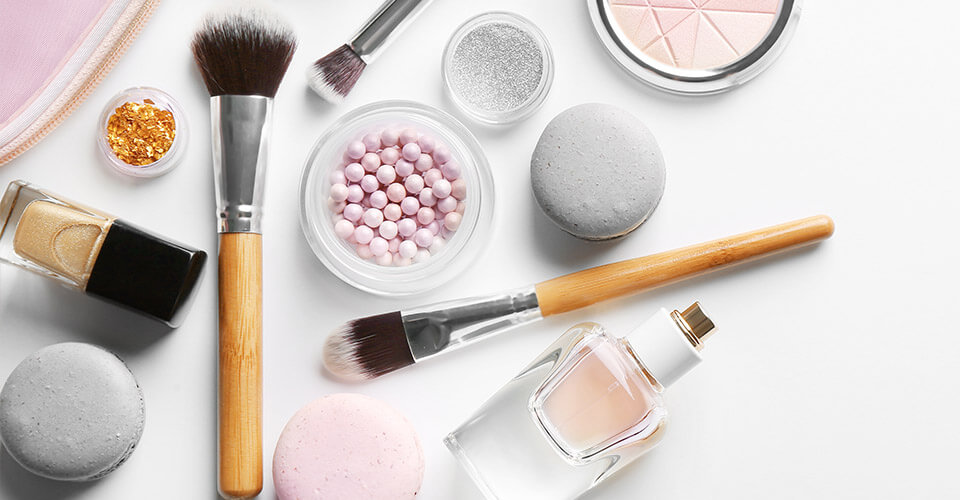 This preservative is commonly found in cosmetic products, pharmaceuticals and even in some processed foods. Also known as a series of chemical compounds parahydroxybenzoates, parabens are used for bactericidal and fungicidal properties. As one of the most common additives around, parabens are generally used at low levels, however, many products have much higher levels included in them.

Parabens are easily absorbed through the skin and it has been suggested that there is a link between breast cancer and the use of products containing this additive. Parabens have the ability to mimic artificial estrogen, and there have been instances where tumors in the breast have had parabens present. 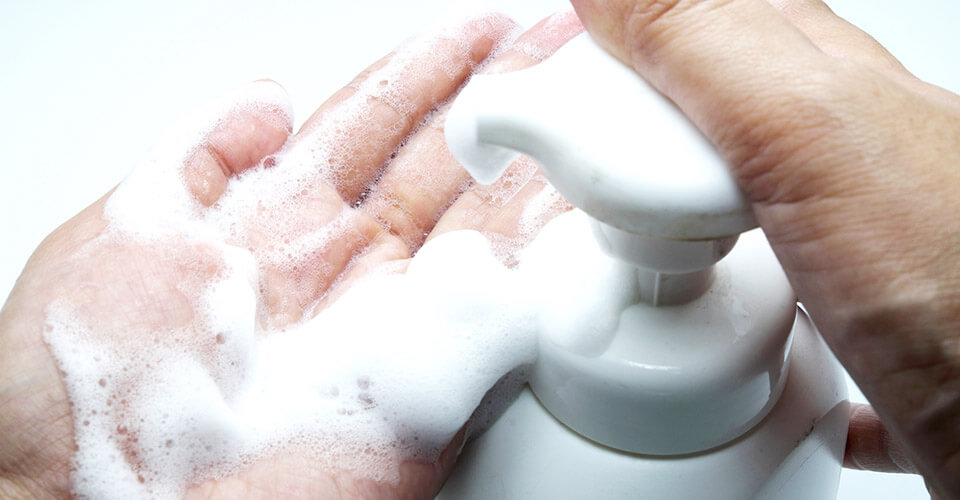 Sulfates are salts that turn into sulfuric acid when it is mixed with other chemicals. Used to describe a broader base of artificial sulfate-chemicals, these compounds are mostly found in personal care and cleaning products. The synthetic sodium lauryl sulfate (SLS) and sodium laureth sulfate (SLES) are the most commonly found forms of these additives – linked to some concerns.

While derived from some plant-based oils, the sulfates found in everyday products are most likely to come from petroleum, which is of concern in long-term usage. Some of the dangers associated with sulfates include; irritation of the lungs and skin. Sulfates could also be contaminated with a substance known as  1,4-dioxane, which has been shown to potentially cause cancer. 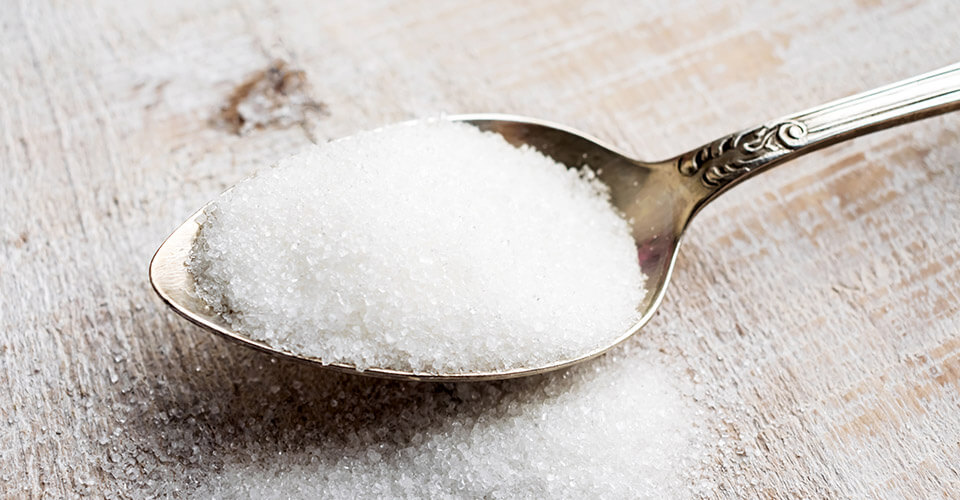 This common chemical compound has many forms and is generally a colorless, smelly and flammable substance typically associated with the embalming process. Used in many industries such as the manufacturing of materials for building, it can also be found in medical products as a sterilizer.

Exposure to formaldehyde has shown to cause eye irritation, difficulty breathing, asthma attacks and headaches. This chemical compound has also been classified to be anticipated as a carcinogen in humans, with possible risks of cancer. 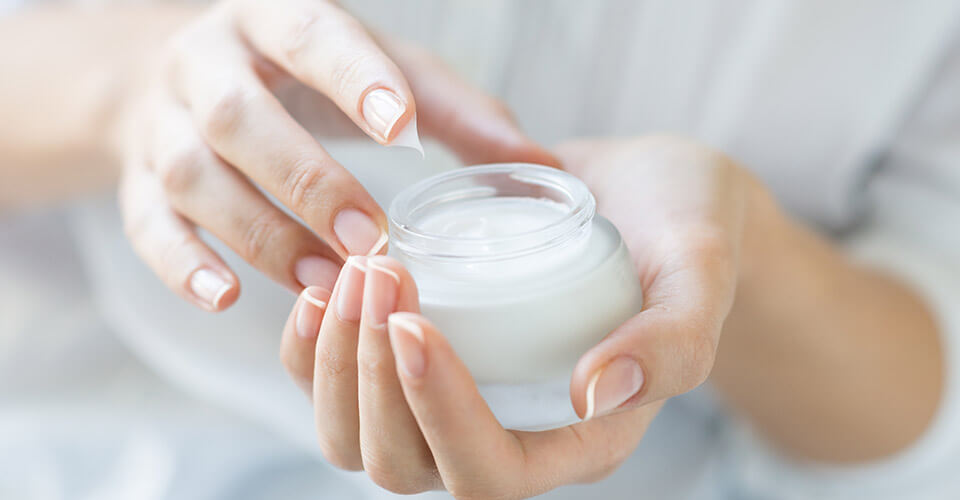 This family of chemical compounds is typically used to produce polyvinyl chloride (PVC) or vinyl flexible and pliant. Also referred to as plasticizers, this plastic chemical is also used to helps creams, lotions, and makeup soften and penetrate the skin, which is concerning considering its industrial application.

Recently, this chemical compound has been associated with a host of negative effects, including; respiratory problems such as asthma, breast cancer, diabetes, autism as well as fertility issues. 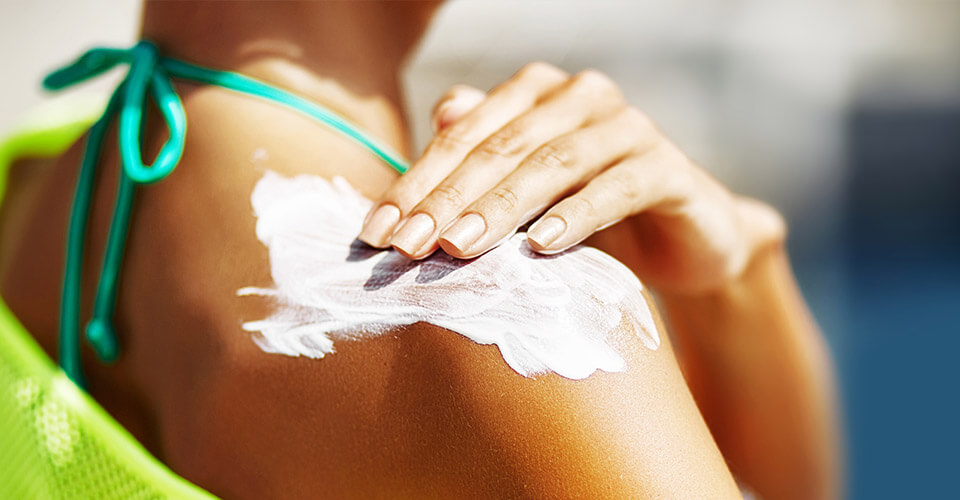 Titanium oxide is an element that is found in the earth’s crust and in some plants as well as animals. While it is found in nature, this fine white powder is also artificially produced and most commonly associated with sunscreen and provides a bright, white pigment. Used for its ability to block and filter the sun’s UV rays, titanium dioxide is also present in many beauty products, foods, soaps and even toothpaste.

While the use of titanium oxide has some benefits with regard to sun protection, there are potential health concerns surrounding this compound.  Titanium oxide nanoparticles  ( caused when titanium dioxide powder is further ground into microscopic particles) is believed to cause free radical damage, inflammation as well as neurological issues. It may also be a carcinogen. 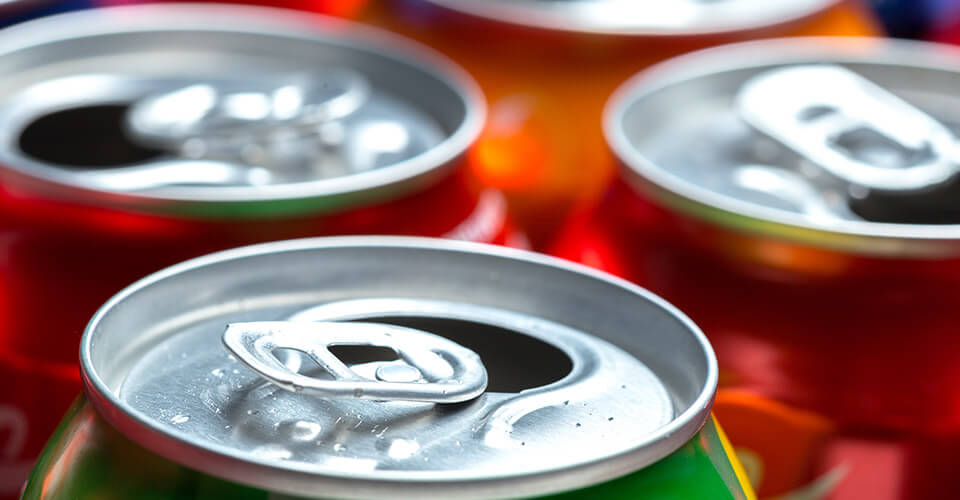 This synthetic chemical compound is produced when benzoic acid is combined with sodium hydroxide. As a sodium salt, this compound can be found naturally (in extremely low levels) in many fruits and spices. In its natural form, sodium benzoate is safe for consumption, however, its synthesized counterpart which is included in many soft drinks and canned foods can have negative effects. As this compound can react with the metal inside the can.

This compound has been linked to asthma attacks, hives, and allergic reactions, particularly in those hypersensitive to this additive. Another danger of sodium benzoate is when it is combined with ascorbic acid. When mixed together these ingredients forms a cancer-causing chemical known as benzene, which has been associated with leukemia and other types of blood cancer. 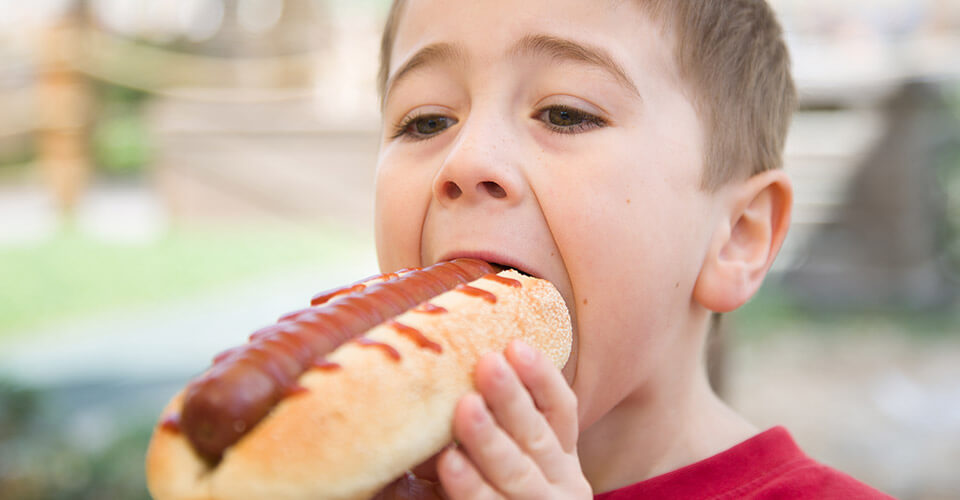 This preservative is a type of salt used to extend the shelf life of preserved foods. Prominently featured in cured meats such as bacon, ham, hot dogs and smoked fish – this compound acts as an antimicrobial and affects flavor. While it is also present in some plants, as it is an essential part of plant growth, large amounts of or artificial forms of this additive have some associated negative health effects.

As nitrates form part of any diet as a neutral compound, excessive levels of this additive have been shown to cause many health-related problems. Sodium nitrate has been linked to various cancers such as leukemia, thyroid, pancreatic, ovarian, esophageal and colorectal cancer. It is also said to play a role in heart diseases and high blood pressure. 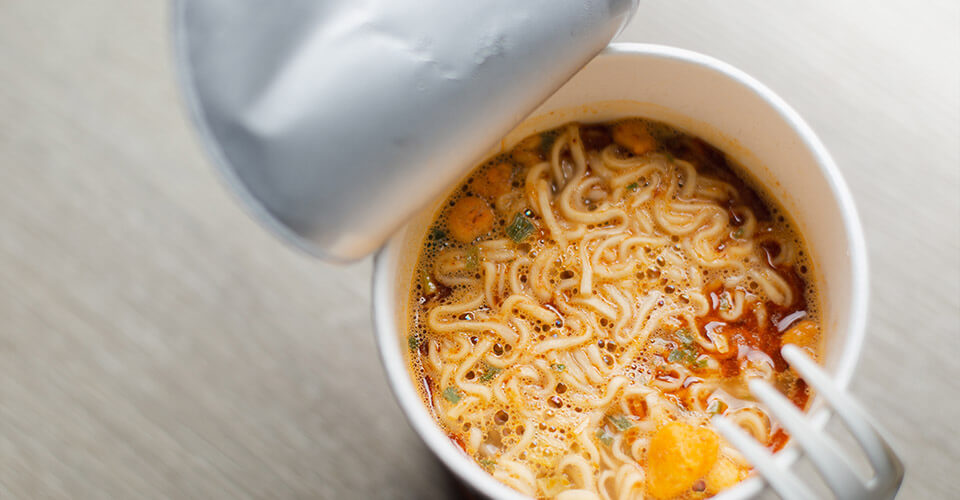 More commonly known as MSG, monosodium glutamate is a widely used food additive that has the E-number E621 and is included in foods for the purpose of enhancing the taste. Derived from the glutamic acid ( the most abundant amino acid found in nature), glutamate is non-essential and is present in most processed food around the world.

This flavor enhancer has been used in the manufacturing of food for decades and has been linked to a variety of adverse reactions, mainly associated with allergic reactions.  These effects include headaches, sweating, nausea, chest pain, rapid heart rate and swelling. 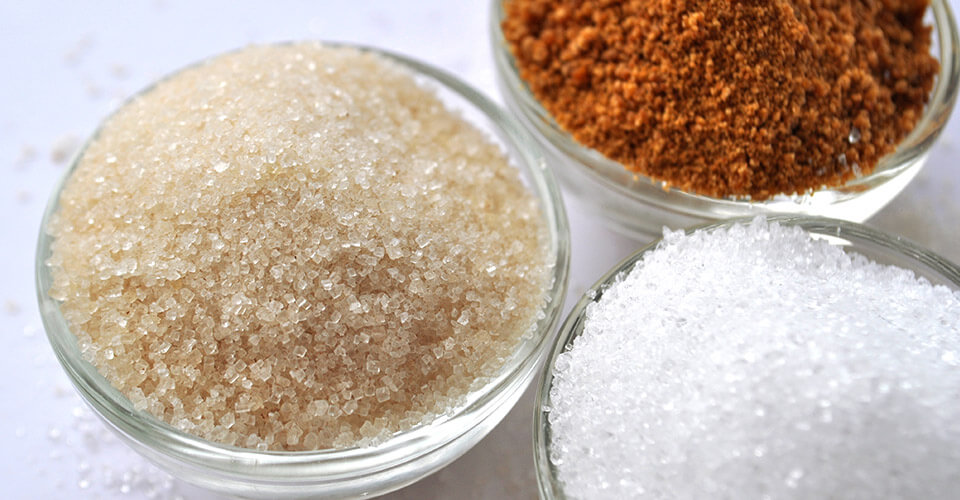 Acesulfame-K is a calorie-free sweetening agent that is said to be up to 200 times sweeter than sugar. Also referred to as Ace-K, this ingredient is predominantly found in sugar-free products and is a white, crystal-like powder that has a bitter or sour aftertaste. As the main ingredient in many soft drinks, protein powders, candies, frozen desserts and many other food products, the long-term use of this compound has been linked to some questionable effects.

This compound is not broken down in the body once consumed and is quickly absorbed and excreted. While the general use of Ace-K has been approved in some parts of the world, those critical of this substance have made claims that it may be carcinogenic. It has also been linked to tumors and issues during pregnancy. 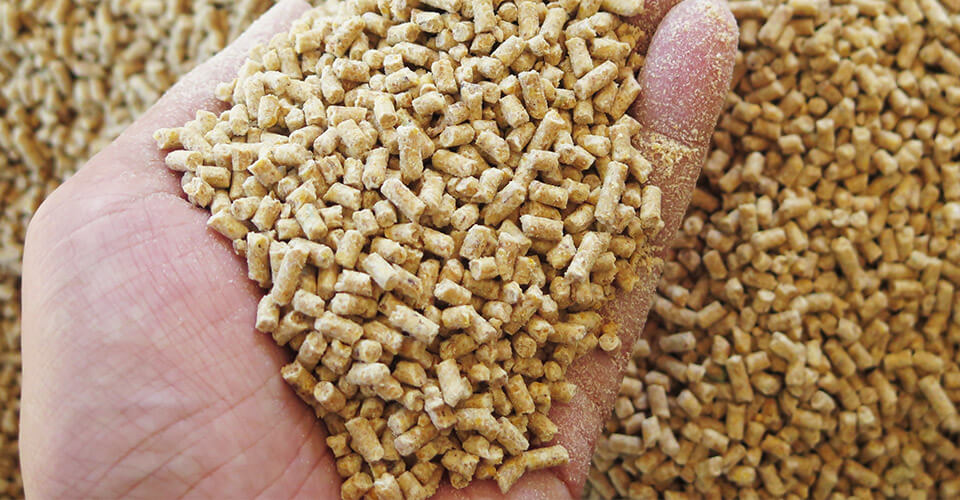 BHA as it is more commonly known as an antioxidant, which exists as a combination of two isomeric compounds. This waxy solid substance is predominantly used as a preservative and additive in rubber, animal feed foods, and medicine. While BHA stops food and other products with fat content going rancid, there are some health concerns.

Butylated hydroxyanisole mimics estrogen and has been anticipated to be a human carcinogen. We absorb this substance through the skin and consumption, and as an endocrine disruptor, BHA could lead to conditions including; testosterone imbalances, low thyroxine levels, sperm count and cause behavioral problems in adolescents. 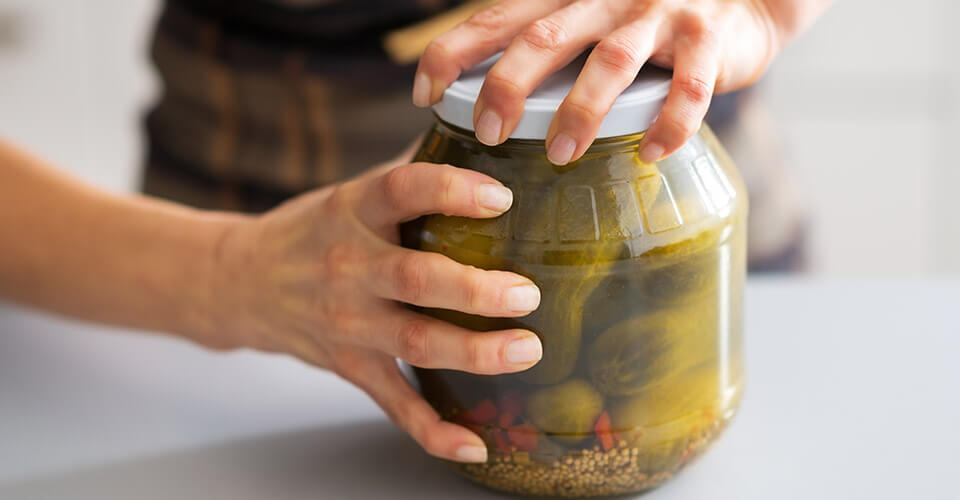 Food dyes and artificial colorants have a bad wrap in the healthcare community. Found in almost all colored drinks, candies and other foods these artificial additives have been banned in many countries around the world due to their potentially harmful effects. Caramel color, red 40, yellow 5, yellow 6 and blue 1 are only some of these vibrant culprits.

While these colorants are still in use, many studies have suggested that there may be a link between hyperactivity in children and these additives. Other potentially harmful effects of consuming these artificial dyes include the increased risk of cancer. This is because red 40, yellow 5 and yellow 6 may contain levels of contaminants (benzidine, 4-aminobiphenyl, and 4-aminoazobenzene) which are known carcinogens.

Although many everyday products contain long lists of artificial additives, avoiding them is quite simple. Ensure that you read labels and product information carefully – in this way you can cut common additives from your diet and personal care routine, without fear of their potentially harmful effects.

Well versed in all-things-paleo, our paleodojo staff is excited to bring to you actionable and exciting information daily! We also love dogs and bacon.