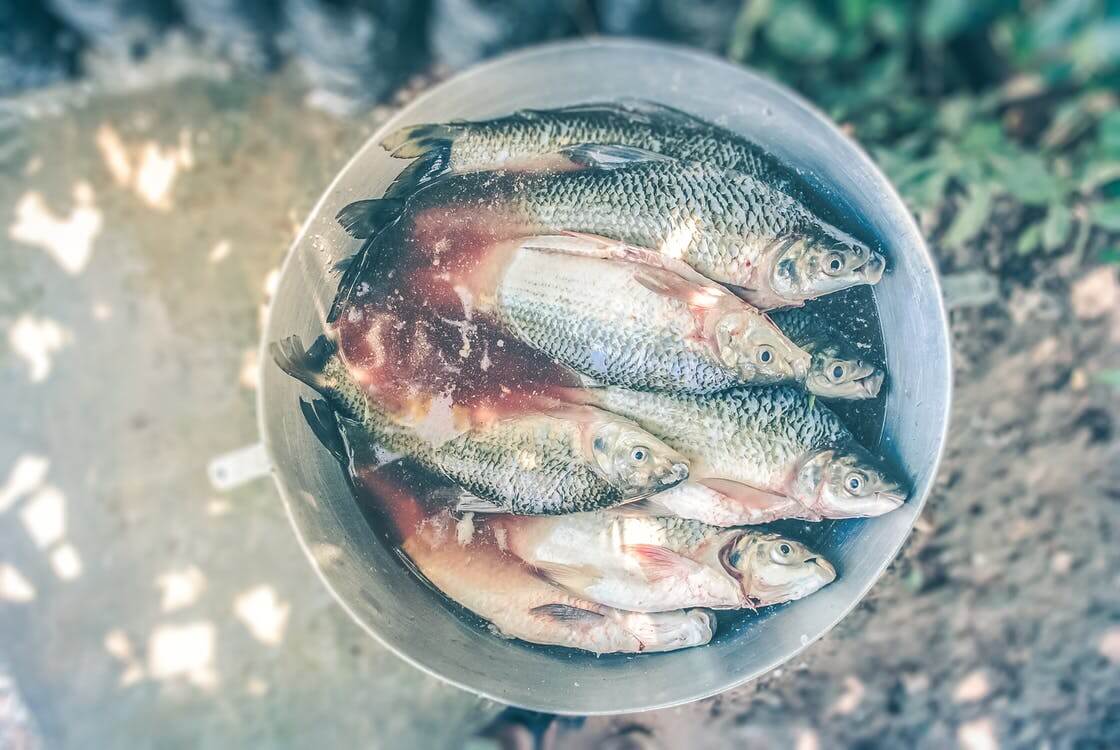 Wild Tilapia: Should You Eat It?

If you love fish with a mild taste which isn’t expensive and which is easy to prepare, then you’ll benefit from learning about Tilapia. This fish does have its devotees. However, it has some detractors, too. Wild Tilapia fans and critics definitely have strong opinions about this white fish! Today, we’d like to share tons of facts about Tilapia.

Once you’ve read our guide, you’ll be ready to move forward and decide whether or not it should be part of your Paleo diet plan.

This white fish is definitely popular. It doesn’t have a strong taste, it’s affordable and it’s available all over the world. At present, it’s possible to find this white fish in eighty countries, including the Americas and Asia. Tilapia is native to the Middle East and Africa.

The term, “Tilapia” is general, which means that it may refer to one hundred species of the Cichlid type of fish! Most of these Cichlid fish are freshwater fish. Since it’s got a mild taste and has no trouble breeding, Tilapia is sometimes referred to as “aquatic chicken”. While the mildness of this fish’s flavor is appealing to many, there are others who find it a bit bland for their tastes…

In the past, this type of fish really wasn’t too popular. However, it’s now the fourth-most popular form of seafood enjoyed in America. In the USA, people consume 1.4 pounds of Tilapia per year (based on 2014 figures). This fish is farmed in so many places and projections indicate that even more fish farmers are going to farm it in the future. It’s a sustainable source of food which isn’t costly.

Things to Consider Before Eating This Fish 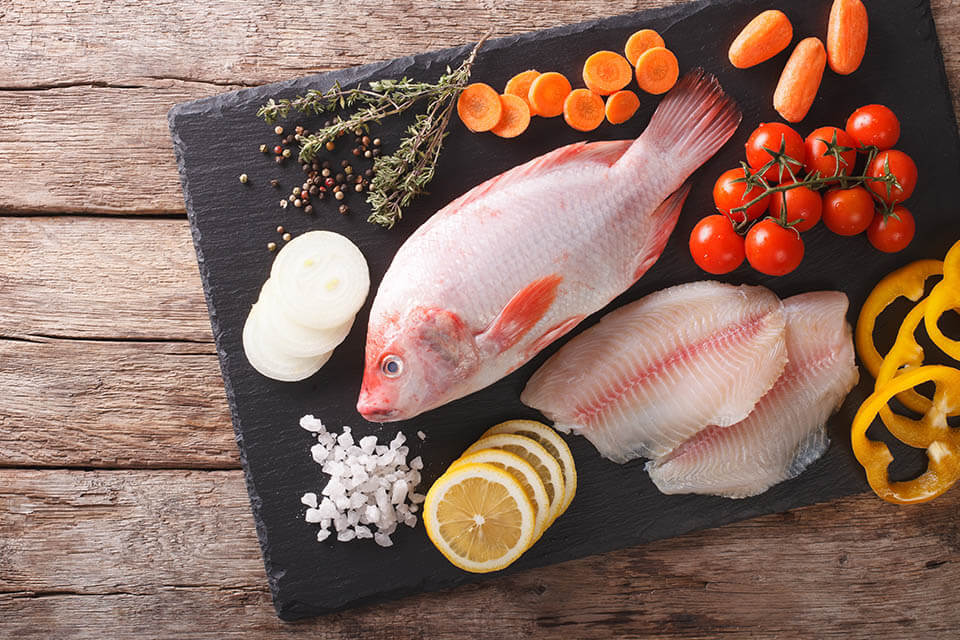 Now, we’d like to talk about the advantages and disadvantages of Wild Tilapia.

In terms of benefits, affordability is definitely a strong selling point! This fish is really cheap, because it’s easy to farm a lot of it. In particular, if you choose to purchase fillets of Tilapia in bulk, you’ll find that it costs very little per pound. In the age when the cost of some foods is growing exponentially, it’s nice to know that there is a cheaper fish available.

Another benefit is mild taste. If you prefer seafood which isn’t too fishy, this particular fish may be very appealing. Basically, like tofu, it will take on the flavors that you add to it. So, pick a sauce or marinade which appeals to you, or add a dash of fresh lemon. The Tilapia will absorb flavors well, since it doesn’t have a strong taste on its own. Families with picky eaters tend to enjoy Tilapia, as it’s bland enough to be acceptable to children (or grown-up children) who are fussy about what they eat.

As well, this fish is one which is recommended by the AHA (American Heart Association).

Another advantage of Wild Tilapia is that it is a fish with lower-than-average mercury exposure. Some fish which are carnivorous tend to have high mercury exposure, but Tilapia aren’t carnivorous. For this reason, it’s considered to be safe for pregnant women.

In terms of nutrition, it’s a great choice, because it has high protein content and it’s low in calories. When you eat one hundred grams of this white fish, you’ll consume just one hundred and twenty-eight calories. However, you’ll get a big twenty-six grams of protein. This fish has eighty-one percent protein and nineteen percent fat. Eat it to develop muscle, feel fuller for longer and regulate your blood glucose levels. Protein delivers a lot of benefits!

You’ll also find that Tilapia has lots of minerals and vitamins. It contains Potassium, Phosphorus, Selenium and B vitamins.

Now, let’s talk about the downside… 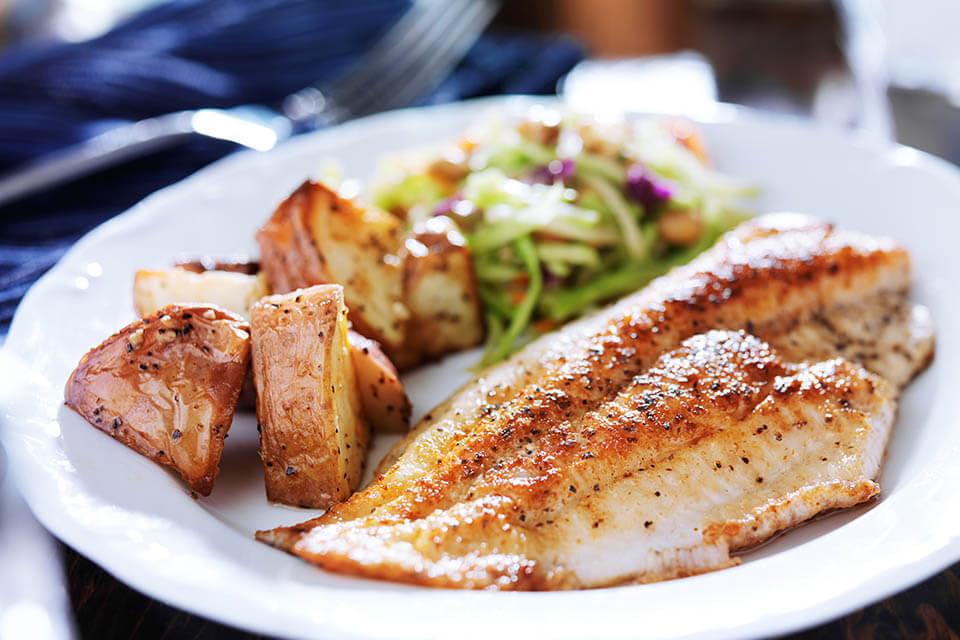 Also, those who are sensitive or outright allergic to soy and corn may find that Wild Tilapia are not the right choice. These fish are farmed via a diet of soy and corn pellets. These food pellets help the fish to grow larger and also reduce the cost of Tilapia farming. However, this diet may trigger inflammation in humans that consume this white fish.

While this fish is lower in omega-3 fatty acids, it’s higher-than-average in terms of omega-6 fatty acids. However, the truth is that most Americans get over the required amount of omega-6 from their diets. When people get too much omega-6, it’s not good. They may suffer from inflammation as a result. As well, it may be bad for their hearts. So, it’s important to keep this in mind when weighing the pros and cons of this popular fish.

The omega-6 content in this fish is the reason why some Paleo fans and others think that it’s dangerous.

In particular, those who suffer from arthritis and/or heart problems may want to talk to their family doctors about Wild Tilapia before making it a part of their diets. There is a downside to this fish. It’s safe for most, but not for everyone.

Is Wild Tilapia Right for You?

If you want success on the Paleo diet and you aren’t afraid of the omega-6 content in this white fish, then we recommend giving Wild Tilapia a try. If you are concerned about the risks, consider eating it in moderation or not at all. There are other fish options, so you don’t have to choose this affordable white fish unless you want to.

Since it costs little and offers so much protein per pound, it’s got a lot to offer. Like peanut butter, its omega-6 fatty acid content is the only problem.

By offering you this fair and balanced guide to Wild Tilapia, we hope you educate you. It’s always important to know what you put into your own body.